ESSE EST PERCIPI- To be is to be perceived​

Inspired by Rockaby (1980) - Samuel Beckett “Life is nothing more than the act of perception or the state of being perceived. To be is to be perceived”.Berkeley (1685-1753).
Jerzy Grotowski used to say that theatre manifests itself if there is at least one actor and one spectator. But in the impossibility of having a spectator witnessing the theatrical act, what happens to theatre? Can theatre die?
So doesn’t theatre exist right now because it is not perceived?
An actress locked up in her prison/house builds her own black box to resist. She resists and looks for an audience that would recognize her existence. Until she realizes there is no way out if not death. What if, however, this pandemic is actually a gift? What if dying is actually a stepping stone to rethink our theatre. Like a fire that increases the fertility of the burnt soil.
Esse est percepi becomes a ritual to kill theatre, in order for it to be reborn stronger from its ashes. 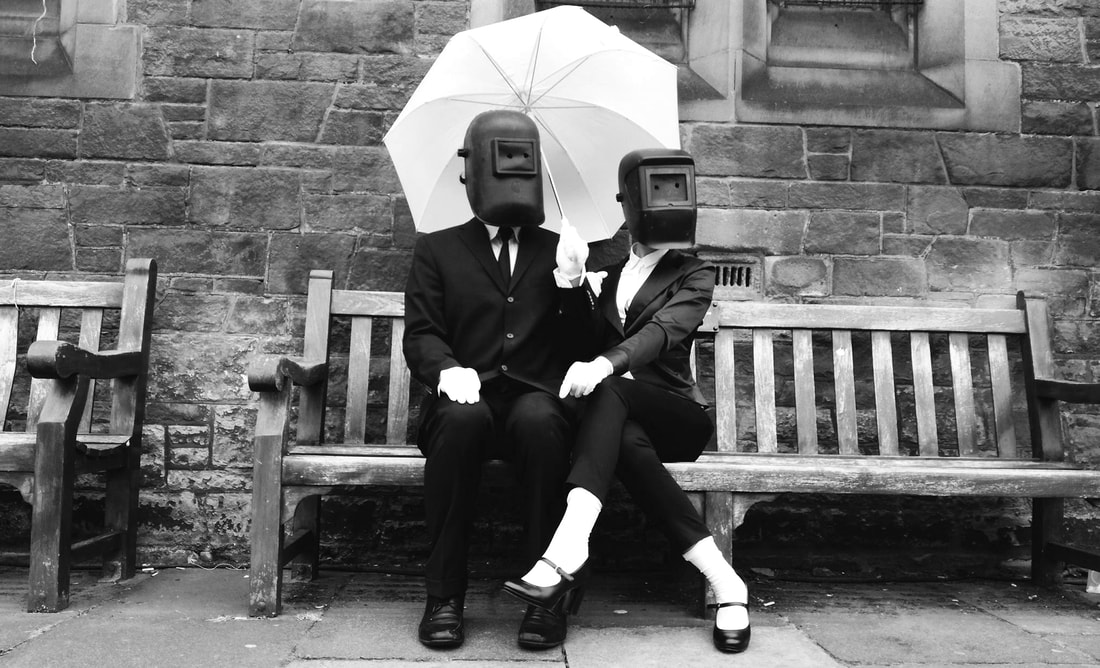 ​Edinburgh Fringe Festival
a Fabbrica del Vento (ITA) production
​Director: Giacomo Gamba
Role: Em
‘Giacomo Gamba’s new show Petrol, an excellent tragicomic piece, brings to the stage the many faces of depersonalizing alienation thanks to Anna Penati and Marco Zavarise's extraordinary performances’ (Brescia News)
Plot:, Em and Um live in a surrogate world, plastified, robotic, where everything seems ordered, anesthetized, prefabricated: a black and white world. Petrol tells the day of a man and a woman, but it mainly tells the liberating journey of Em and Um in search of something colorful and unexpected ...

I love to perform in Petrol because I feel really involved in the entire creative process. We perform with workers masks,  more precisely welder masks that are in theatre called Utilitarian Masks (those masks that people use in the everyday life: fx masks that we are using during Corona times, gas masks, surgery masks, and so on).
If Commedia dell’Arte masks requires a body movement that is fixed in the tradition since the XVI century, the utilitarian masks instead ask the performer to codify a new way of use, to study a specific way of movement, to create “their specific movement rules”. Me and my colleague Marco Zavarise found a lot of inspiration both from oriental theatre forms and from old mute cinema.
​In Commedia dell’Arte the mask that touches the face creates physical and instinctual impulses, not psychological ones. But these welder masks, which do not touch the face and create an empty space between the face and the mask, also create a psychological space of thought that it’s not usual in mask technique. This was really interesting while developing our characters.
Morover the challenge was to learn how to move blind. I had to learn how to move in the darkness (wearing these masks we can just see some shadows). For this reason I trained myself in the darkness with the help of a coach blind himself.

THE BEGINNING OF MEMORY 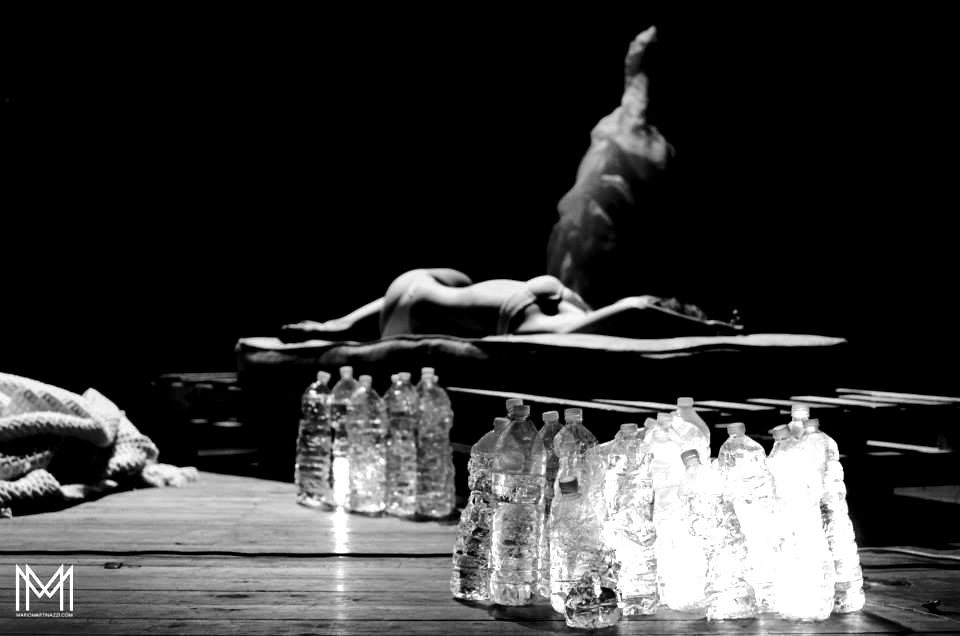